Being an Emperor is such a hard life, isn't it? Hue, in the center of Vietnam, has been the capital city of the Vietnamese Empire during XVIII and XIX siecles, during the Nguyen dinasty. 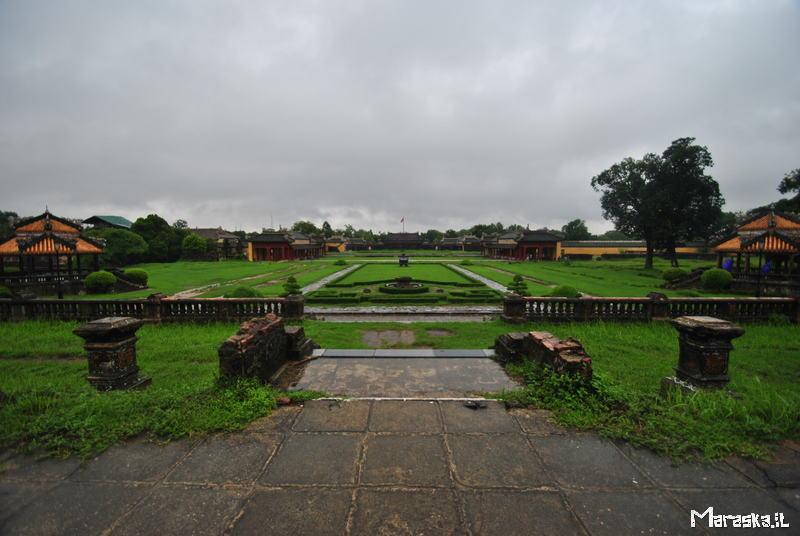 As is China, Emperors build their own town in, where access was only allowed to few people, and the rest of the city surrounding it. The emperor used to spend most of the time enjoying the pleasure of its position with his family, his wife, and his hundreds of concubines... 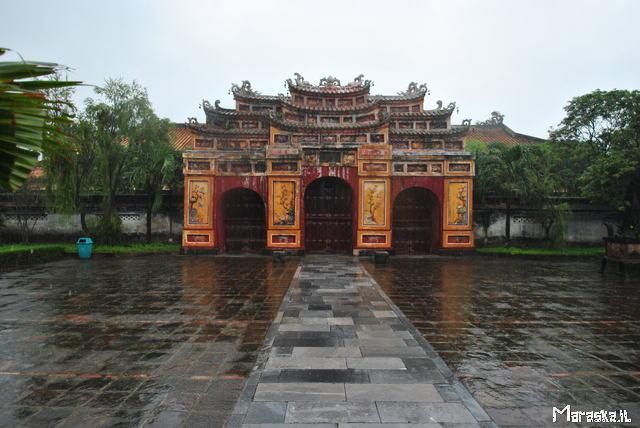 These so called "Forbidden Cities" were provided with tons of different building, mostly temples and houses dedicated to single person where the allowed people used to relax. 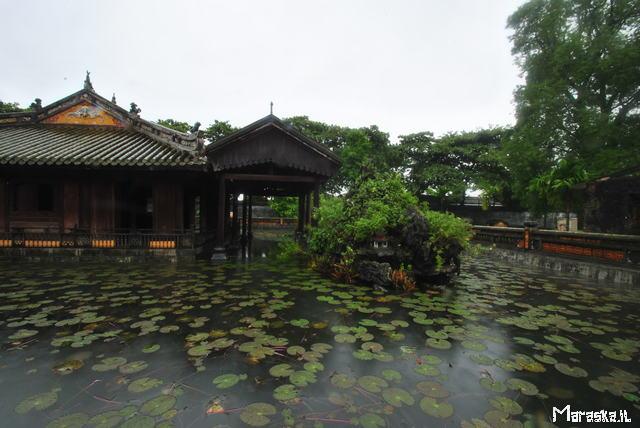 As a whole city was not enough, like in other cultures, the after-death issue was quite important to them as well. The tumbs of the emperors, started to be built as soon as one was in charge, were also used during the actual life of the emperor himself. Unlike for the forbidden city, which was mostly devastated by war bombs, the tumbs used to be set few kilometers outside the city. Today they are a splendid example of architecture of that time and, a rare example in this country, they are completely intact. 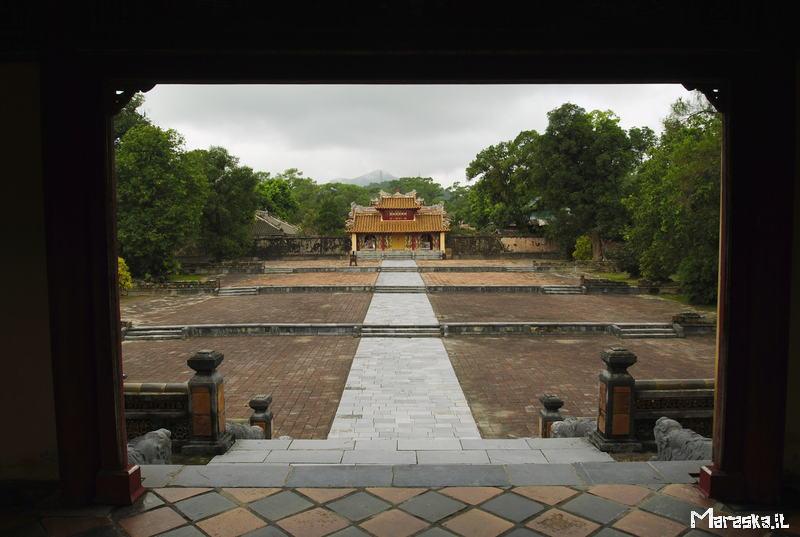 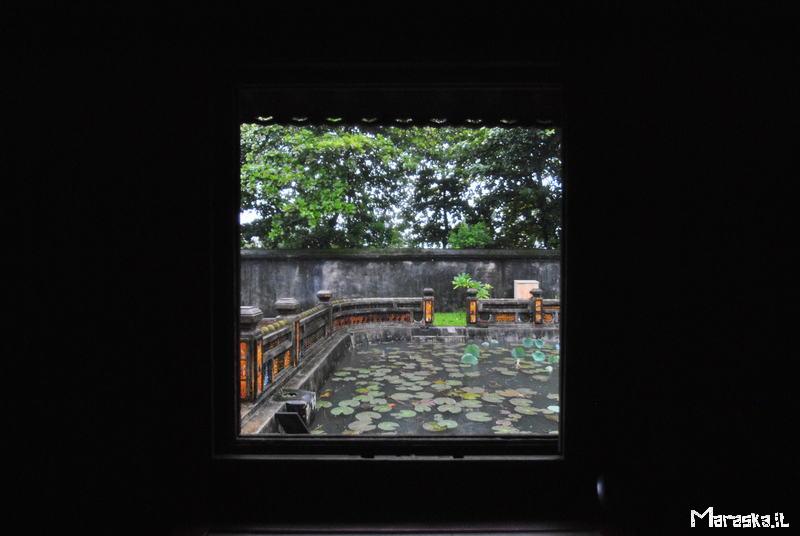 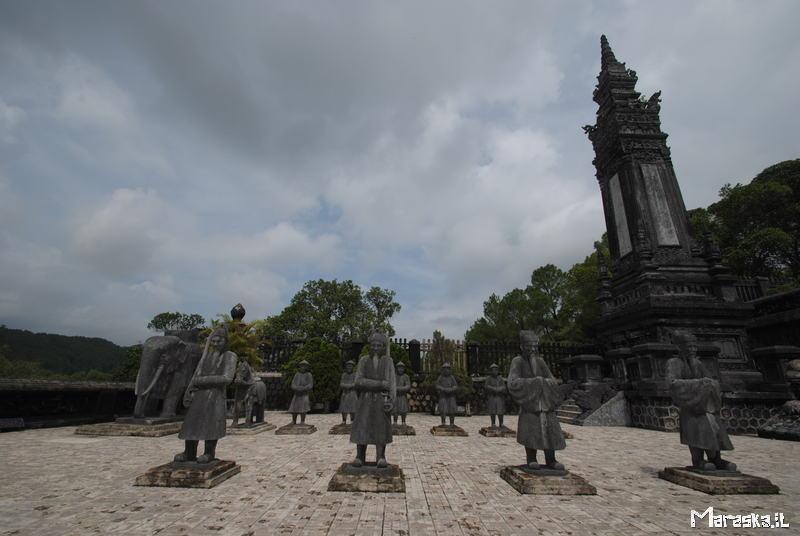 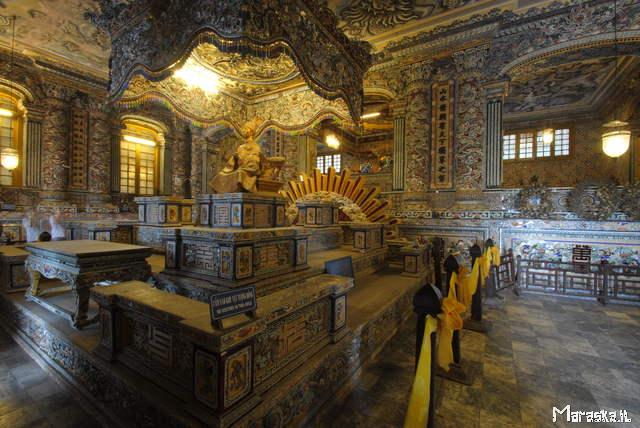