Creato: Giovedì, 15 Settembre 2011 02:00
ps: If you are looking for Ko Pangan Full Moon experience, read this article: People from the Moon

Waiting for a bigger full moon party next month (12th of October, planning to be in Ko Pan Gan), yesterday night I ended up with some guys in a random bar in Guilin. That was the craziest night ever... 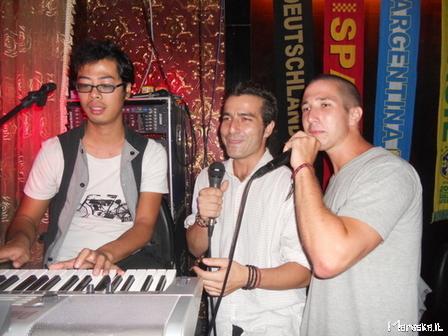 Singing in a bar - guiling

Honestly I don't remember everything that happened that night. All I know is that is started drinking some beers. Then there was this terrible Chinese live music / karaoke.

Then at a certain point we got involved into the stage, trying to sing hotel California with strange chords in the background... Eventually the atmosphere gets really familiar and we start to get more involved, playing music ourselves. While still drinking. 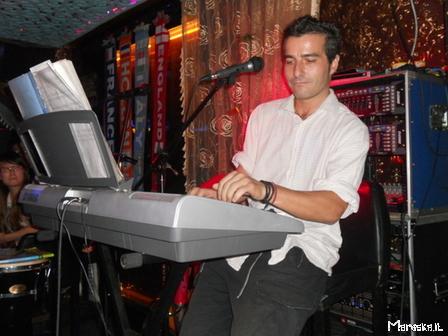 playing in the bar

And then the moment arrives. A Chinese man on his forties we've been chatting for a while, decides to take over our bill since it's full moon... it's more, he starts to order random drinks and invite more other people from other tables. "You're very lucky" - the waiter tells us - "He's the BOSS, he can do anything he wants" 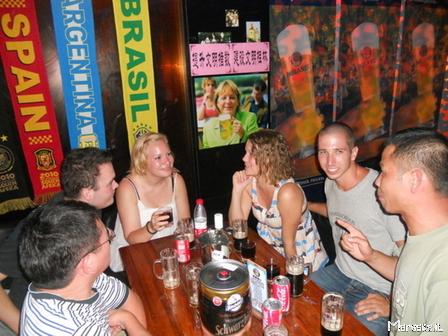 just fun
Well... we were kind of suspicious at a first moment but then everything went just smooth. The "boss" started to order anything and inviting people, the party got bigger and bigger again, talking into any language to anybody. And the next morning a bit of hangover, but still that was a lot of fun...